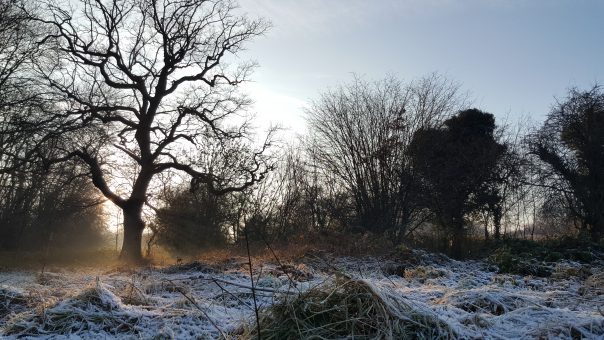 The Tale End of the Year

As a new year begins I want to examine whether I’m moving forward with my writing, or whether treading water has slowly metamorphosed into sinking. I finished 2017 in a slightly more productive state than I began it, having made a conscious effort to increase my work rate, while decreasing the rate at which I answer submission calls. This might seem like a rather contradictory stance to take, but it’s more because it’s difficult to make an impression getting numerous stories in numerous anthologies. There are plenty out there, some truly excellent ones worthy of your time and money, but having spent five years doing just that, getting one or two stories published a year, I’ve reached the point where I feel that I’m not progressing much by going down this route. Progressing either in terms of establishing myself, or garnering reviews, or indeed making even the pitiful amounts of money a struggling writer can expect. So, the next step is to put out my own collection, hence my concentration on simply writing, and not being terribly concerned about finding markets.

So, of course, with a certain degree of irony, the latter part of the year found me submitting stories to several different publishers. I did feel, however, they were opportunities I couldn’t let slip. Both stories were written for the submission, and were ones that I enjoyed writing and didn’t particularly struggle with. One of my long time bugbears (and another reason why I decided to reduce the number of submissions) is the tyranny of word count, and having to keep a story within prescribed limits. I’m well aware that this is a particular skill, and an important one at that for short story writers, but because I rarely plan my stories in advance I prefer them to assume the size and shape that the story demands, rather than being held to the artificial constraints of a given anthology or editorial preference. So it was a rather unusual (and pleasing experience) for the stories to come to a natural conclusion right at the word count limit.

As I’ve mentioned, I’m not a particularly prolific writer. One of my ‘New Year resolutions’ (actually a resolution I made months ago, more in line with the pagan new year of Samhain) is to try and write consistently, every day. Even if it isn’t much – 500 or so words as a minimum – and even if inspiration is lacking and I (metaphorically) screw it up and throw it in the bin, it’s still a means of getting in a habit and generating word count. And something useful may well come from it. I’ve developed a couple of short stories this year from single paragraph character studies I did for a writing course, which I then expanded into the surrounding territory they inhabited, so that approach seems to have paid off. So what have I actually achieved in 2017 in terms of writing?