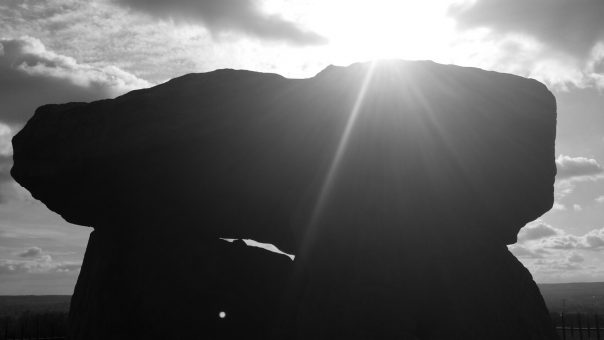 So we can very definitely say the above is a starting point, a place to begin the discussion around what the genre represents rather than a place to finish it. A genre which also embraces music and just about every other type of visual and creative art in addition to film is going to be a hard beast to pin down. Even blogs and websites themselves (such as Scarfolk, the online presence of a community permanently – and hilariously – trapped in a bleak, existential version of 70s Britain) have been welcomed beneath the folk horror banner. And a genre which embraces such disparate musical types as pure folk, electronica, psychedelia and black metal as ‘perfect’ representations of its ethos is always going to be challenging to pin down. That’s perhaps why other terms, perhaps less strictly defined, such as ‘rural horror’, ‘rural weird’, ‘landscape terror’, have also been subsumed within the belly of the beast that is folk horror, allowing us to badge many other disparate examples as folk horror, from the ghost stories of MR James to the ‘new nature’ writing of Robert Macfarlane, or the bitter generational dispute of 2017’s remarkable film debut from Hope Dickson Leach, The Levelling. Even a photograph – a mist shrouded country lane, or a leafless tree dwarfed by sentinel pylons – can be evocative of the genre.

In the final accounting, and perhaps regardless of whatever specific definitions are claimed,  folk horror is best represented as a presence – the presence of the past, seeking its own way back into the present, emerging from the memory of the landscape, or community, or individual, sometimes deliberately, often inadvertently. Perhaps the recognition of folk horror has coalesced now, on the cusp of the 21st century, as a response to the rapid progress of society and technology. In confusion and disquiet at what that future may hold, it is sometimes more comforting to turn back to the certitude of old beliefs, old ways, a recognition that not everything new is good, and not everything old should be discarded. The past does not always go gentle into that good night, and the morning may find that it has merely been sleeping and is now ready to wake, stretch itself and let out a lonely, disconsolate howl at the predations of the present; in a time of decay, retribution may await.