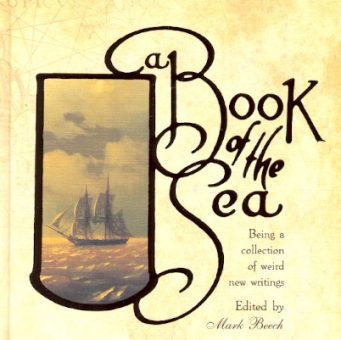 Egaeus Press Book of the Sea 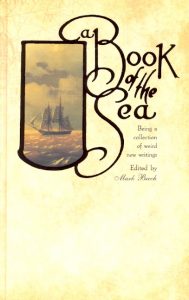 Eagle eyed readers may have noticed a new publication on my books page – the just published Book of the Sea from Egaeus Press. As I’ve mentioned before I don’t often submit poems (I have a large number written, but since concentrating on prose it’s hard to find the time to work them up or hunt out markets), but when I saw a submission call from Egaeus I couldn’t resist. I’ve long admired the publisher – they produce gorgeous, limited edition hardbacks in the field of weird and supernatural writing – but they aren’t usually open to submissions so it’s been more admiration from a distance rather than involvement. Last year, however, Mark Beech (editor and publisher) put out a call for poems and stories that drew on the mysterious call of the sea in all its guises. My assumption was that there would be a LOT of very high quality submissions, and since I didn’t have any prose that suited the topic, I thought I’d stand more chance if I submitted a poem, and consequently submitted ‘The Storm Brood’. Mark replied a few days later to say that he very much liked it, and was going to shortlist it. Since the deadline was actually seven months away I knew it would be a long time until I got confirmation one way or another, so mentally put it to one side and got on with other things. I tend to find that’s the best way to deal with submissions, just forget about them until success or failure comes knocking (usually the latter, in all honesty). Last December, seeing a final reminder for submissions and being overcome by doubt, I wrote a short story to submit in case the poem ended up not being successful after all. As it turned out, I heard back in the new year that the poem had been accepted and would be included in the forthcoming book. The short story I’ll save for another day. Needless to say, I was overjoyed. So here we are! I received my contributor copies and have to say it really is a stunning book. I’m thrilled to be included alongside such an array of talented writers. Certainly the book is not inexpensive, but it really is a work of art in itself, and will take pride of place on my bookshelf alongside the other Egaeus Press titles I’ve managed to obtain. For ordering details, head on over to my books page where you’ll find a link to the publisher. There’s also a beautiful video reveal here which really shows off the production quality. Happy reading!