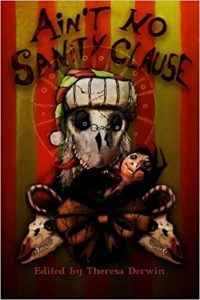 This is where it all began for me, with a story of demonology and dark tidings at Christmas that I still have enormous fondness for.

Following what I thought was a moderately successful stab at writing fiction for my own pleasure, I found out quite by chance that an old acquaintance was in the process of setting up a small press with a colleague. The first of their planned books was an anthology of chilling Christmas stories, somewhat in the spirit of the old BBC Ghost Stories for Christmas, and a submission call was held for this through the early months of 2012. I put together what I hoped was a decent enough tale set in the seventeenth century. Originally titled ‘The Narrative of Isaac Temple Love‘ (a name which survives only as a passing reference to Daniel’s favourite rug), this had metamorphosed into ‘Daniel Silence, Gentleman‘ before I’d gone a couple of pages (a change for the better, I think). Although it took a surprising direction towards the end (completely unplanned), it remains a favourite of mine, and we’re likely to hear more from Mr Silence before too much longer.

A revised version of this story will appear in my forthcoming collection of supernatural and horror stories.