The May Hawk’s Daughter 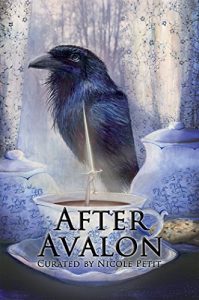 ‘The May Hawk’s Daughter’ (published in After Avalon, 18th Wall Publications, 2016)

“King Arthur is dead. Camelot has fallen. Britain drowns in Saxons.
These are the stories of what came after.”


This contains probably my most successful story to date, at least in terms of reviews and overall sales. ‘The May Hawk’s Daughter’ is a coming of age story in which a young celt, Annwyl, travels into what remains of the forest of Broceliande in search of his father, lost during an Irish raid. He is accompanied by Nyfain, who claims to be the daughter of the peerless knight Sir Gawain. The forest is a magical realm, far divorced from the tribulations of Celtic Britain, and once inside the two must overcome many trials before each comes to an understanding of the place their fathers occupy in their own lives.